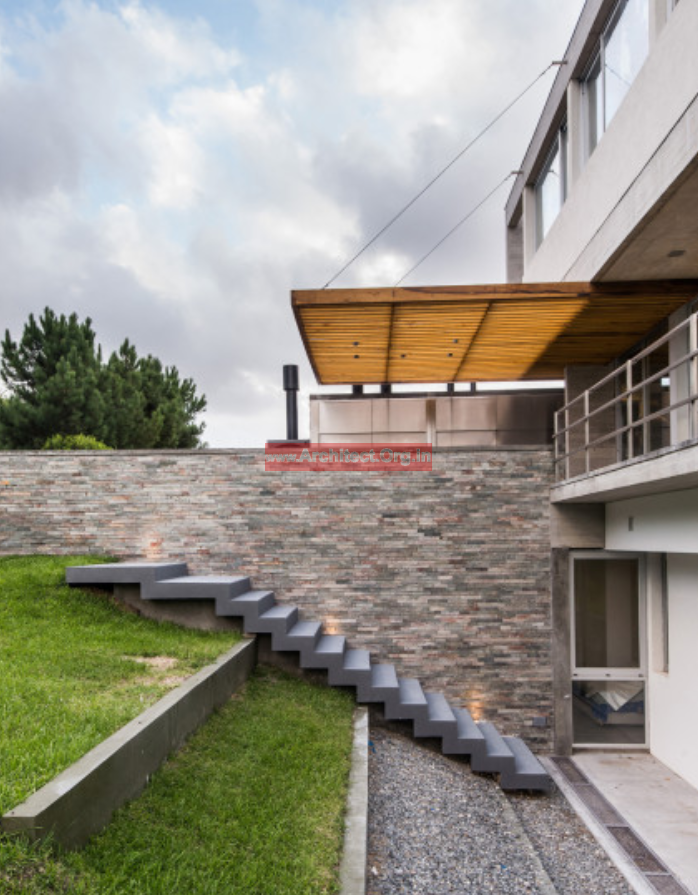 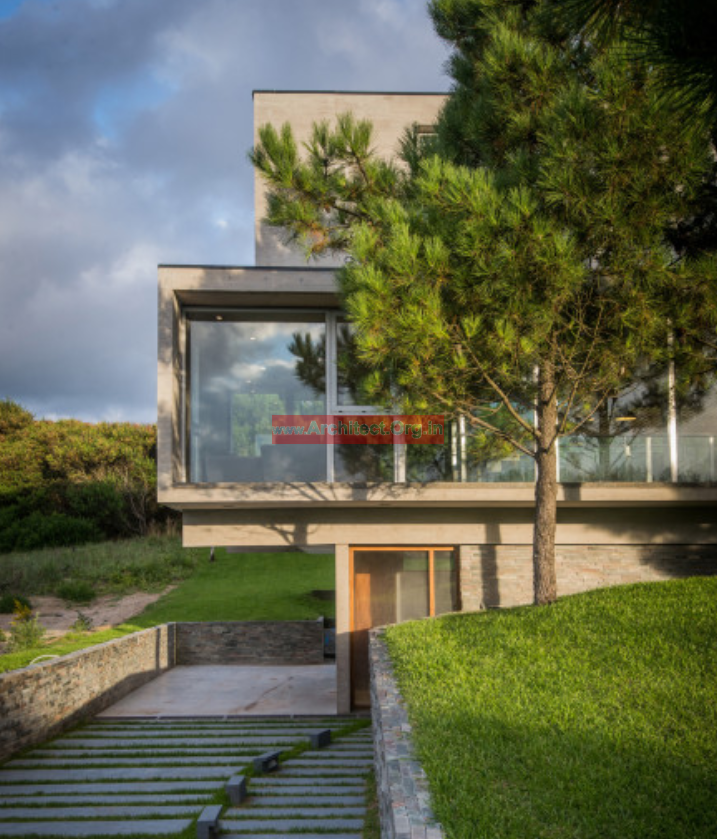 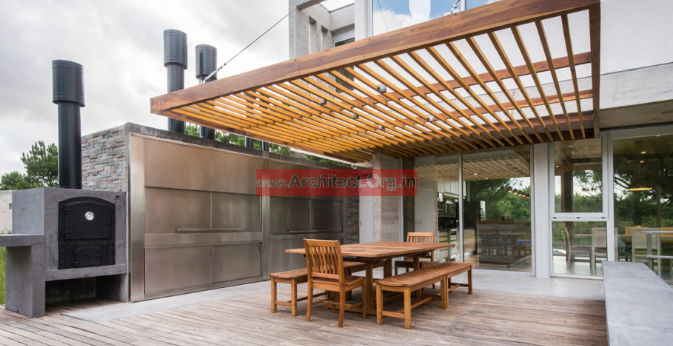 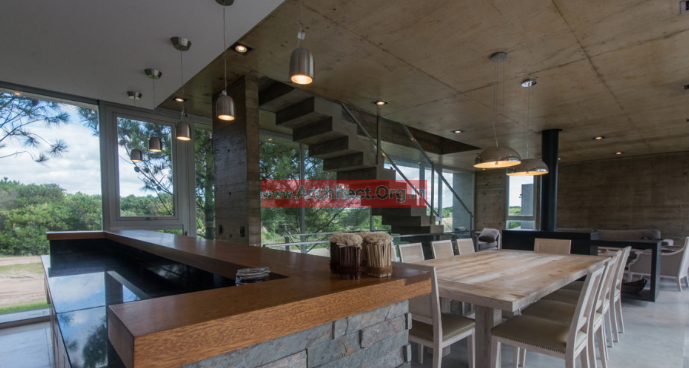 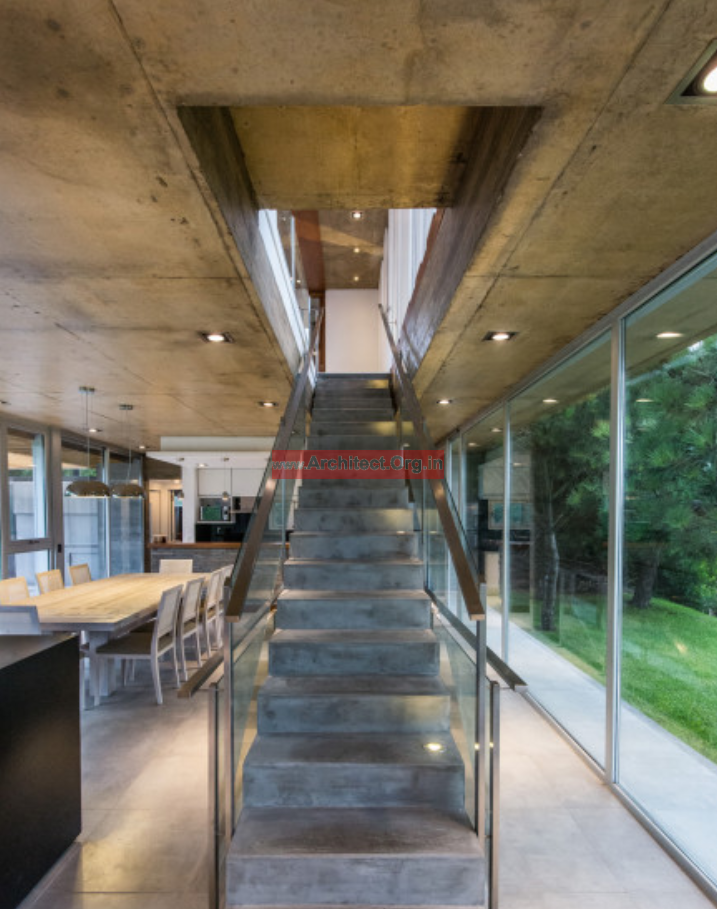 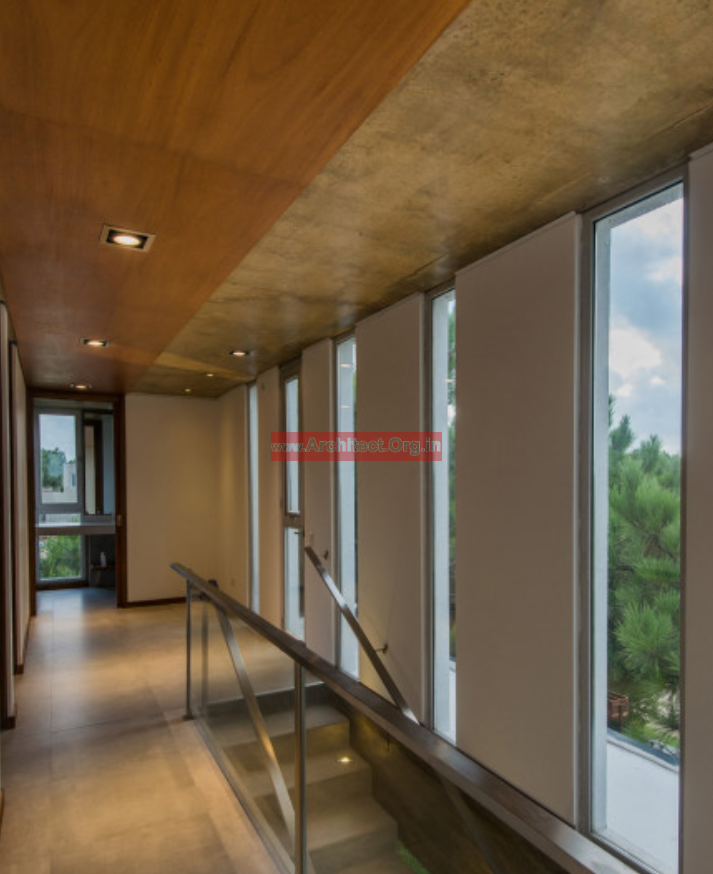 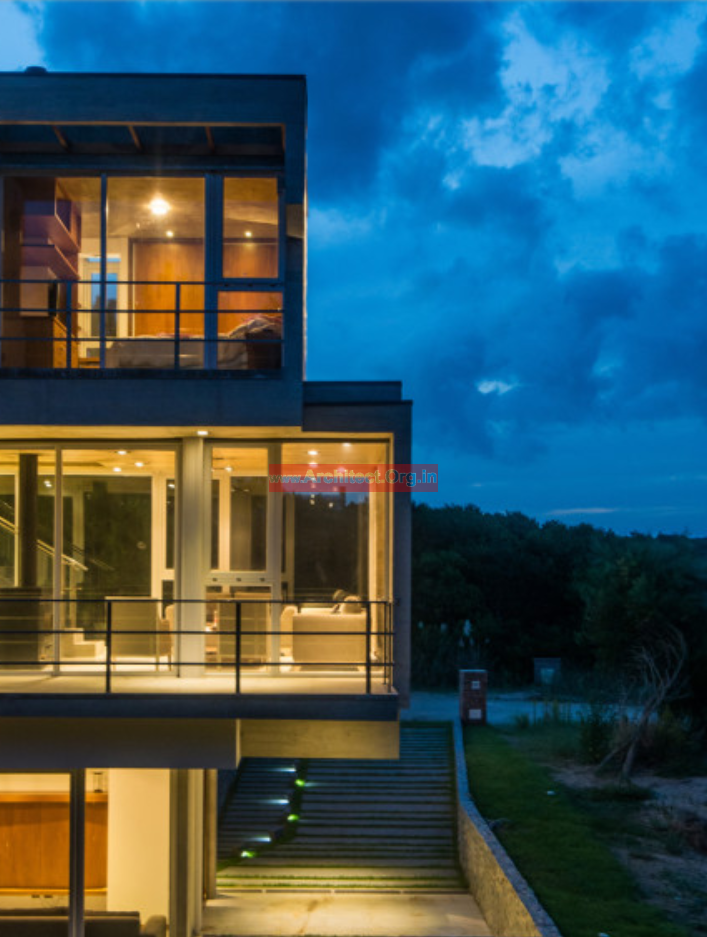 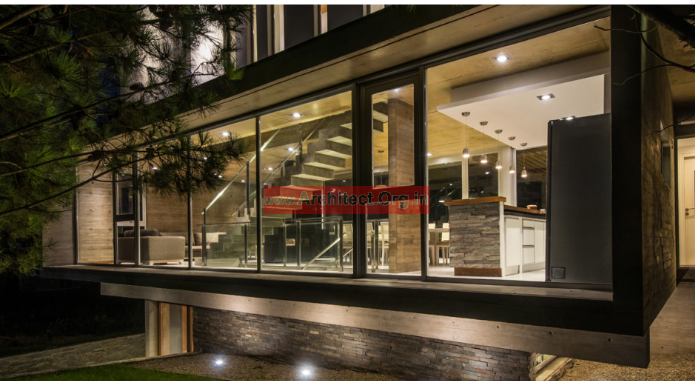 Irrational is not exactly how you want architects describing the structural integrity of your home.

But that’s how designers label the KVS House in Costa Esmeralda, near Buenos Aires, Argentina. The 2,800-square-foot vacation property, built in 2013 by Estudio Galera, is composed of two concrete boxes that are stacked and skewed, so they balance each other on a half-buried stone plinth. The design team of Ariel Galera and Horacio Riga explain the precarious situation this created.

“These volumes were placed according to the functional requirements,” they say. “It was not quite rational in this case, since the structural loads travel the longest distance before resting on the bases.” The home’s entryway and playroom is level with the stone plinth and shaded by the boxes’ overhanging lip. “The walls that separate the playroom from the access circulation do not touch the ceiling,” the designers say. “As a result, the sun brings natural light to this level which is partially underground.” The first floor, which contains the kitchen, dining room and living room, opens onto the deck and provides breezy views of the swimming pool, garden, and acacia grove. But because this box is glass along both sides, it is only supported on its ends.

The top floor contains three bedrooms and two bathrooms. Don’t be too nervous about walking inside: To help with insulation and physical integrity, the house’s exposed concrete walls were poured around expanded polystyrene sheets.

Leave a reply Click here to cancel the reply